On Sunday with the help of my 2 very good friends, Shaun and Paul we placed a new nest box in London in preparation for the coming 2019 breeding, the early placing I hope will give the resident pair enough time to find and hopefully accept it.

Shaun and Paul did most of the work naturally but I had to oversee them as they both need some guidance being a bit younger, obviously experience and an older head is needed to make them work properly and get the best out of them.
I did the hard part in taking the photos.

As above there is a resident pair that had already bred successfully this year fledging 1 female juvenile from 3 eggs, this juvenile also had to be rescued and re released in June after crash landing onto a nearby building site.

This year’s nest position was not good and 2019 will not be viable or an option, hence the new and alternative position.

As you will see from the photos, we had to get a small scaffold erected to get the new box up to a level where it is visual to hopefully pique there interest. A scaffold board access has been provided to give juvenile access to a large roof, this should help in building wing strength, very important on fledging. 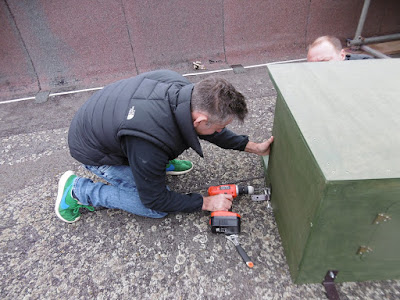 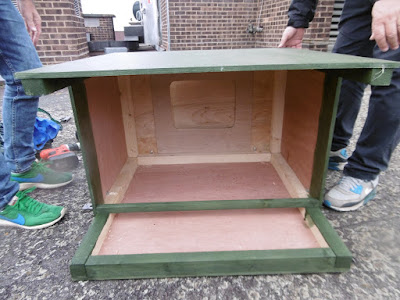 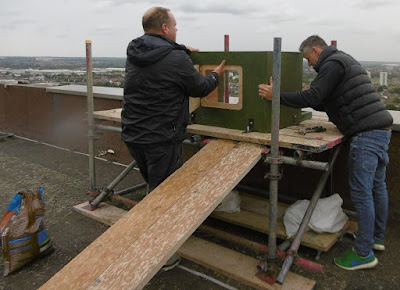 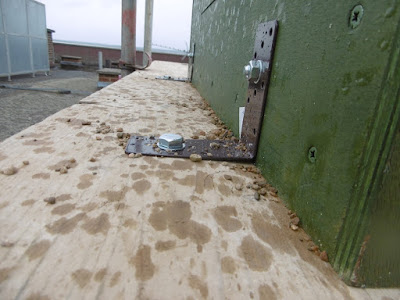 I have seen all 3 on this particular block so I know the adults use it which is half the battle, the rest is up to the pair, more so the Falcon.

Of course it is nature you are dealing with and they could just as well ignore it, time will tell. I will watch the block as much as possible in the coming months, fingers crossed.

In all seriousness though a big thanks to both the boys, couldn’t have done it without their help.