Only my 2nd visit of the year, on this visit I had more time so covered it a bit more thoroughly, very cold but just good to be over here.
The new Visitor Centre is starting to take shape and it will be good to see it completed, not sure what they have planned for the Marsh directly in front, but it has the potential for wader scrapes/feeding stations along that stretch up to the viewing area. 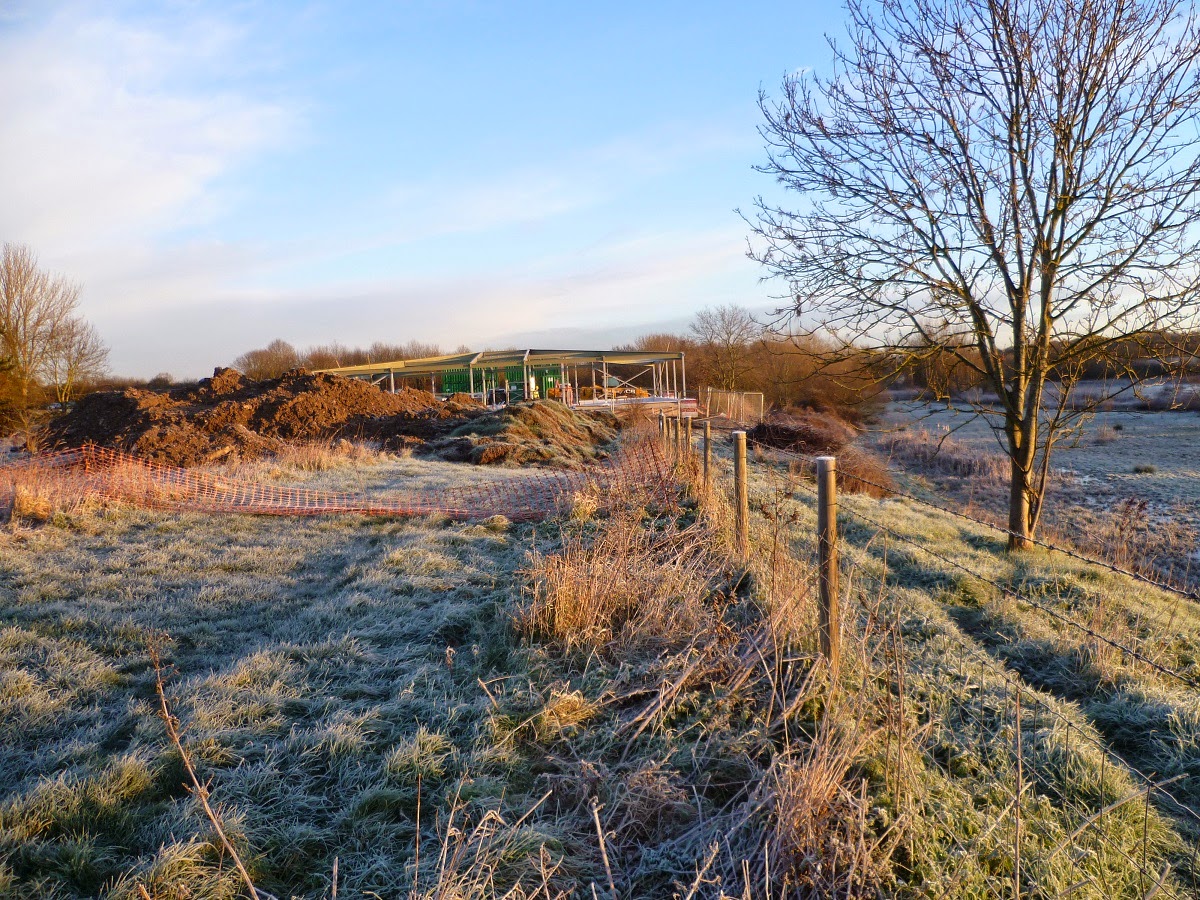 Having kicked off the year list with 44, I was hoping to add a good number of ‘ticks’ and started off pretty well with a flyover Great Black Backed Gull, it can be a tricky bird to see over here.

The viewing area itself produced the goods with a very early Shelduck, Cetti’s Warbler calling, Teal, Water Rail, 7 Snipe and Cormorant.Kingfisher was also added, another one that can be a little bit elusive.
The Glades was next up and here I got Yellowhammer in the middle Paddock and 2 flyover Bullfinch but despite a good search of the Glades, I couldn't find one Lesser Redpoll.


From here it was over to Berwick for the hard one, I missed it last year – Bittern, I know one is here as Les has seen it twice whilst fishing – elusive does not even begin to describe this one, it is mega hard to see in all those reed beds.
I went all over it spending at least an hour scrutinising every clump of reed where it might be hiding behind, my efforts were not rewarded but this year I will get it, I will also win the Lottery as well.

Making my way back I had 2 drumming Great Spotted Woodpeckers and also added a year tick in the shape of a Goldcrest, they have been rather thin on the ground this winter, I usually get 4 or 5 on a walk round.


I ended the walk on 59 species, 15 additions, not bad for a start in January, still need some of the harder to see birds like Common Buzzard, Marsh Harrier and Woodcock, but I am hoping that the 3 recently arrived White Fronted Geese at Rainham will also put in an appearance shortly.

Saying that they disappeared from Rainham today and they weren't with the Greylags on the Reservoir when I checked, it could be that they have popped over to Belhus C/P.