Having now got a better look at the Beckton Kestrels on Thames Water over last weekend, I can confirm that I was wrong on the previous estimation of 4, there are actually 5!
A good brood after last year, I watched them on Saturday 19th and all are now very active, some leaving the nest box already to exercise, wing flap and explore. 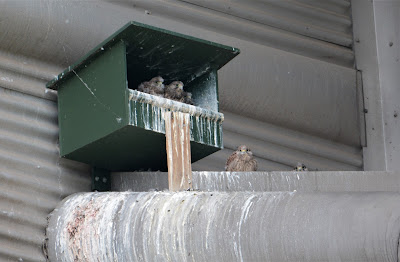 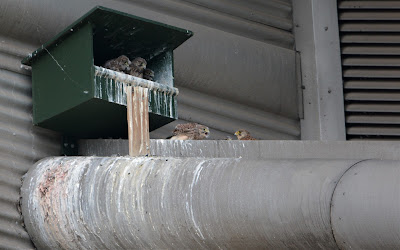 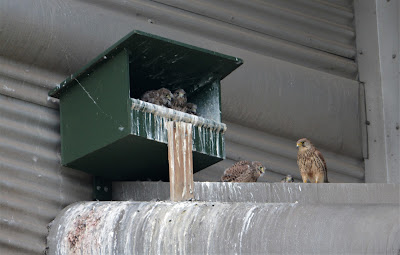 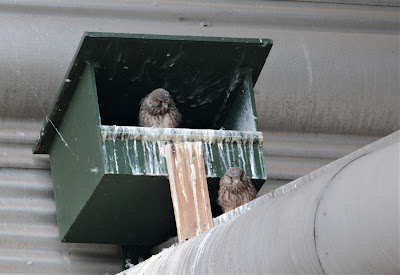 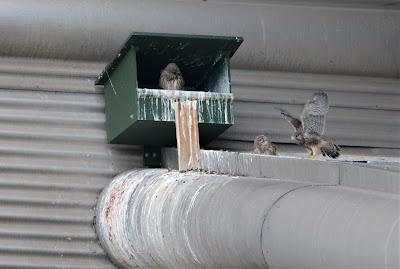 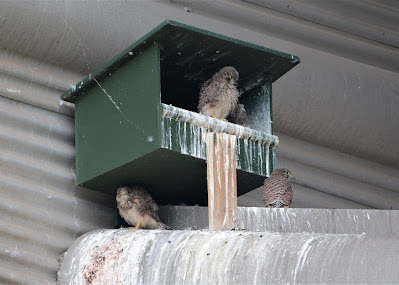 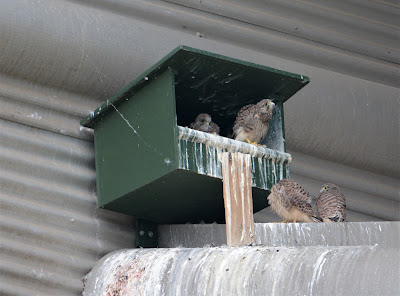 As previously mentioned there not far off fledging, would expect towards the end of the week, adults are working very hard providing prey. With the recent bad weather and rain, not surprisingly a lot of Worms are going up there to the juveniles; it’s an easy prey source when rain and wind make it a lot harder to find normal prey.

Back in December 2020 with the help of some good mates, we placed a couple of Barn Owl boxes aimed at the breeding season of 2021. I wasn’t expecting miracles with them and set up Trail Cams straight away to monitor.

You could imagine our satisfaction when the Cams showed a Barn Owl occupying one of the boxes just after 2 weeks if I recall correctly. Very rewarding all round for all of us, the rest as they say is history.

This month under licence we ringed 5 little chaps, well not so little; the difference in these in attitude compared to Peregrines is quite incredible.

Peregrine juveniles, especially full grown grounders/trapped birds are bloody feisty, noisy and aggressive, one of the many reasons they are so successful in London, they have built in attitude.

Barn Owl juveniles in contrast are incredibly placid, no noise, no aggression and even though I have seen them ringed before, it’s a surprise just how calm they are. 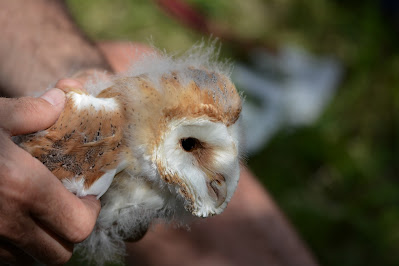 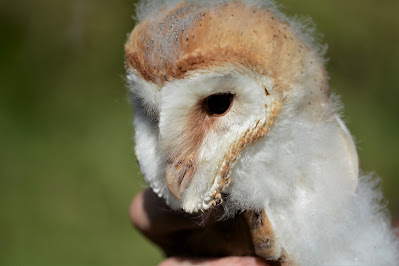 They have all now successfully fledged; sadly we did lose one with a broken wing, very likely down to being hit by a car with that sort of injury.