For the last 2 breeding seasons (2016 & 2017) the pair has bred at Parliament on Victoria Tower, successfully fledging 3 juveniles in each respective year in a nest box provided for them by Brunel University.

Hi tech and made out of cardboard composite, it was installed if I remember correctly in 2011, the idea at the time was to give them an alternative position.

The fact of the matter was that every year they bred up river as there was not a nest site at the time on Parliament, they wintered at Parliament regularly, it was there ‘ core’ site.

The nest site was the old BT building at Vauxhall, Keybridge House, now demolished, very retro and with good ledges it was ideal for Peregrines especially fledging juveniles.


When the young fledged however and became confident in there flying/landing ability, usually around early July, the adults would return to Parliament with the young in tow. I suspect the young had little choice in the matter if they wanted to get fed.

They were originally found on Keybridge House by Michael Mac and then the London Peregrine Partnership, some others and myself monitored them until the building was recently removed as part of the regeneration of the area.

They obviously accepted the nest box on Parliament in 2016 but had ignored it for a few years previously but as soon as works started on Keybridge House, they went straight into it the box at Parliament. 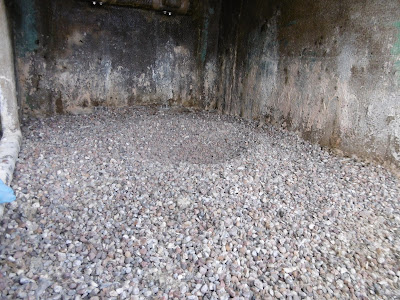 Fingers crossed for another successful year, the box faces east and this weekend’s weather will have tested them as the box no doubt filled up with windblown snow.

They are hardy resilient birds so hopefully all ok.