Over the years Tarifa has always been high up on the list as a must visit place and recently, whilst staying with my Sister and Brother in law in their apartment at Costa Mijas near Malaga who kindly put me up, I finally had an opportunity to visit.

As you know I get my kicks from Raptors, having followed various websites and related news over the years, I knew it was a well known Bird of Prey passage way back into Africa, one of the best month’s being September.

I had arranged the trip with Luis from Birdaytrip having met him again at the Birdfair; the trip was planned for the Straits and La Janda.

He picked me up on the above date at 6.00am, by 7.40am we were in position at the watch point taking in a nice Spanish breakfast along the way.

The entrance track up is dodgy to say the least, solid rock and holes, unfortunately it proved to be our undoing, more on that later.
With my usual luck and timing it was rather grey, cloudy and hazy early on and remained so with a few brief sunny spells for the morning, however it didn’t stop them moving, there was also a good breeze. 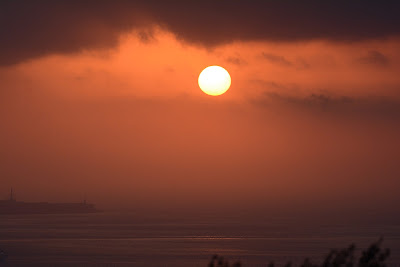 Right from the start, just before 8.00am, flocks of Black Kites and Honey Buzzards were dropping out of the cloud layer over head in semi darkness, quite a surprise for me to see them moving this early.

It meant to me that they must have roosted nearby in numbers ready to make the crossing, can’t see them being a nocturnal migrant?

From 8.00am to 10.30am we watched a continuous passage overhead of various raptors and other birds despite not ideal weather, especially for photography. Bee Eaters were also arriving at first light announcing their presence by distant trilling, high up they were a bugger to pick up until they came lower.

Iberian Chiffchaff – 2 (picked out on call by Luis in scrub)


Not bad for a couple of hours, nothing really close but very enjoyable just the same, it was one of those places where you don’t know what you are going to see next, I loved it. 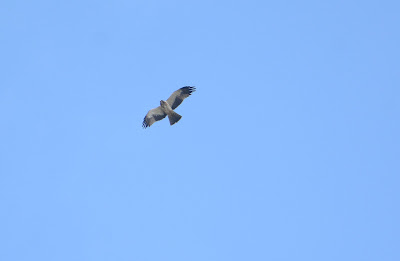 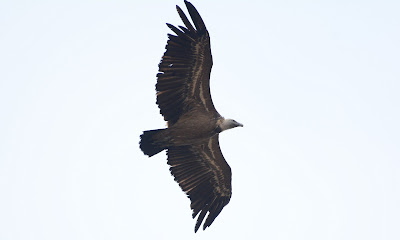 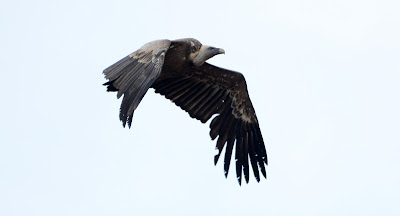 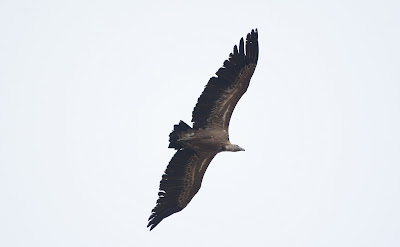 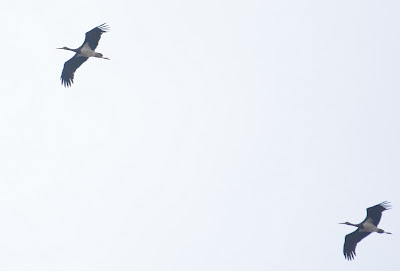 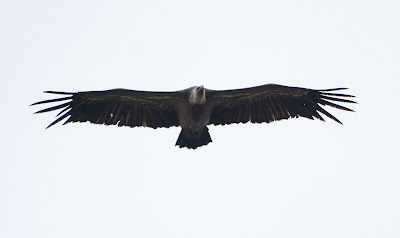 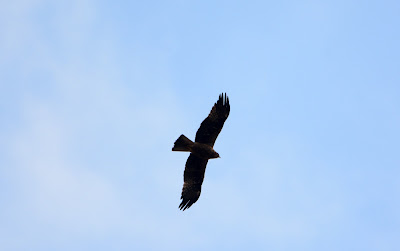 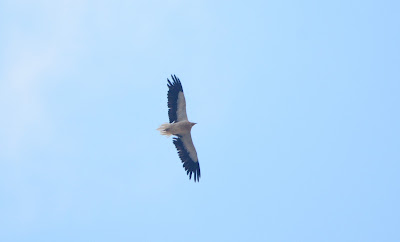 With this in mind Luis said we should go to the next place where they will pass closer, additionally the weather was perking up for photography.

Unfortunately the track back down to the road attacked us, big bang, pulled up down the road with the engine light flashing, looked underneath and oil was pouring out, a hole in the sump.
An unfortunate end to the morning, especially for Luis and his car, but these things do happen, the motto of the story get a 4x4.

They came and towed the car away, impressive service, they were there in 25 minutes, we then got a cab back to Costa Mijas.

Window watching as you do from the Cab along the A7 produced no less than 31 White Storks, 4 Booted Eagles and 2 Short Toed Eagles hovering, quite a sight.

Arriving back early afternoon I then decided to head down on my little legs to the coast, more on that in the next post…..