My original intention as I headed into London at dawn on Sunday was to visit Battersea Power Station to catch up with the peregrines, however I had not reckoned on the road closures for the Triathlon so aborted and headed for Barking Outfall.

On arrival, virtually the first thing seen when I looked over was a Grey Seal on the rising tide. On top of this it was a Bull and I suspect the same one I had a few years back with the cow.

He stayed most of the morning giving the Thick Lipped Mullet a torrid time, although I didn’t see him catch one. He is a big animal and I got some good views of his size when he was fishing close in the froth. 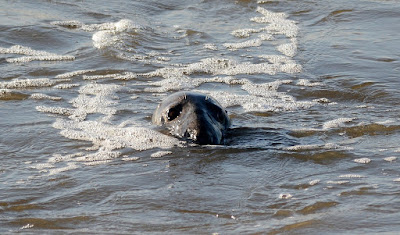 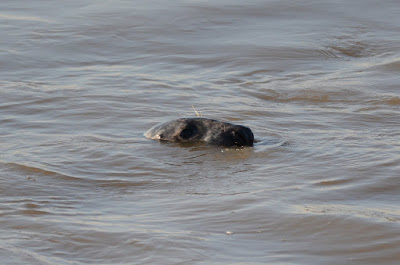 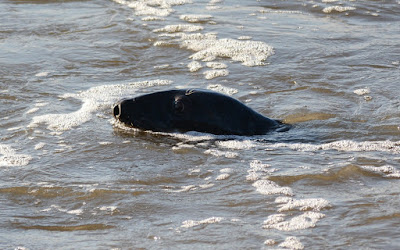 All the Geese, Cormorants and Ducks all vacated the water when he came in close in alarm, there not in any danger I suspect, but I should imagine it’s pretty stressful when he pops up underneath or next to you.

Another new edition was in the shape of a Ruddy Shelduck, I suspect it is the same bird that winters in the area, pretty soon I suspect it will join up with the Shelduck in Barking Bay. It looks like a Hybrid and I understand there are a few of them dotted around Essex and Kent. 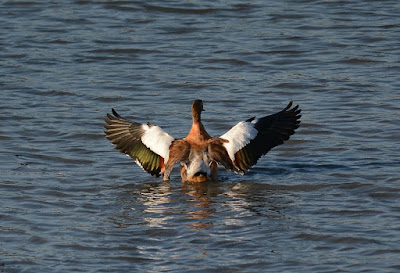 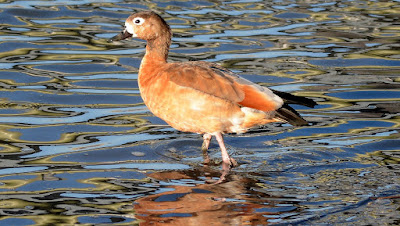 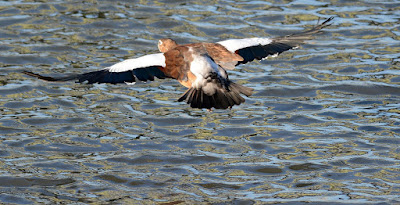 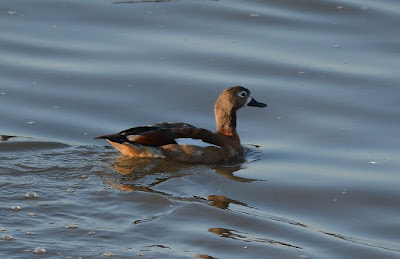 No wintering Redshank or Teal have arrived as yet, shouldn’t be long, hopefully we will now get back to the numbers of past undisturbed winters.

The now resident pair of Egyptian Geese at the Outfall have managed to rear 2 Goslings, not known for their parenting skills it will be good to see them succeed. They are now big enough to avoid predation from anything other than a Fox. 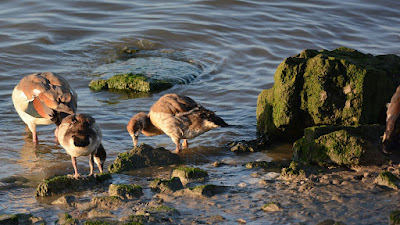 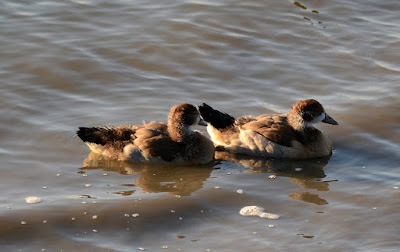 From this visit I also added a few additions to the patch year list, namely Sandwich Tern (2), Sparrowhawk and a Green Woodpecker, the list now stands at 74. Not far off last year’s total of 79 so hopefully I can bump it up with a few Autumn migrants, Black Tern at the Outfall is way overdue.