I had planned to start at Barking Outfall but on arrival at the site was greeted by Security. An unexploded World War 2 bomb had been found on the Thames Water site, the Army were present and attending to it. If I remember correctly from my Mum, the Luftwaffe followed the Thames into Londons East End during the War, some times they would jettison there bombs prematurely. However it got there, those army chaps deserve a medal for what they do. 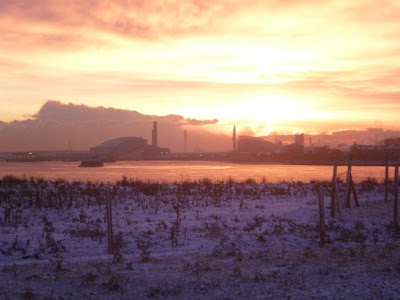 Decided to head for Barking Bay instead. The tide was rising, with the cold weather I expected it to hold good numbers of waders, especially Dunlin and Redshank, unusually I could not find any. The only waders represented were Lapwing, around 200, 3 Snipe flushed and 2 Curlew on the mud,Shelduck numbers peaked at 51.

Chaffinch – 40 in the scrub

Chiffchaff – 1 showing near the visitor centre

I drove to the Bay car park first which turned out to be a good move as I was thinking of possible Waxwings in the woodland, and going there beforehand .As I walked down the cycle path I first heard, and then got a visual of a Snow Bunting, the time was 9.15am, decent enough views of it, overhead and then going away over the Tip. Not only a site tick, but also a London tick, a very good start. Carried on and searched the flock of Finches, mostly Linnets and Goldfinches, hoping for a Lapland Bunting. Not to be today, so went back to the foreshore.

The rising tide was pushing many waders up and I had 5 Grey Plovers coming in looking for somewhere to roost along with a few Dunlin and Redshank. Also half a dozen Snipe were zipping around looking for somewhere to drop in on. Decided from here to head for the Stone Barges, drove in to the car park, got out of the car and a Brent Goose was standing there looking at me, another tick for the year. 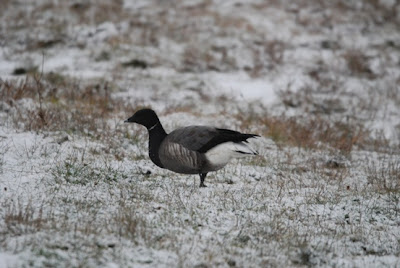 The Barges roost held good numbers of Waders including, Black Tailed Godwit, Redshank and Dunlin, additionally I also saw 2 Water Pipits, the first of this winter period for me. 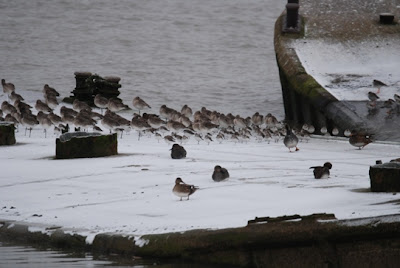 Tomorrow, Sunday, a number of us will be doing high tide counts all along the Inner Thames, will be interesting to see the numbers involved, especially with the extreme weather conditions.


Full results will be posted on the blog and the London Birders site.