With the promise of a sunny morning given out by the Met which turned out overcast as usual, I headed over to Rainham for my 2nd visit of the year, this year after a prolonged spell of non year listing at the Reserve I am having another go.
With a little more time on my hands now I can grab a visit here and there and try and match, or even top my highest year total for the Reserve of 160, like many birders I do keep Lists, it’s a bit of light hearted fun isn’t it?
I am a bit competitive, even at my age, I try not to take it too seriously otherwise I will be out the front door charging after the next local tick but I do keep an eye on my Lists, my London list in particular should be higher but have always been too busy in the past.

As it stands I do 5 Lists, they are as follows:

My Hornchurch Garden – this currently stands at 84 – top birds being Ringtail Hen Harrier over, Waxwing, Lesser Spotted Woodpecker in the garden, Woodcock over and probably the strangest a Moorhen walking round the garden in a bad winter, we are very urban.

Rainham Marshes – this stands at 218, I won’t even start listing some of the goodies, as you know there have been many over the years.

British List – in today’s terms very low at 328, as you know I am not a Twitcher, a lot of my mates are and do go charging round the country very often, they get a little touch of the sun when it comes to a national rarity and some openly break out in cold sweats and open depression if they can’t reach said bird.
Having said that I have charged round the Scilly Isles and had a great time and enormous fun, the little old legs pumping well, chin up and overtaking many youngsters to see the bird, I also twitched the Snowy Owl at Felixstowe and the Ivory Gull at Aldeburgh so occasionally I do get a rush of blood if time permits.

London List – again this is another list that should be considerably higher, it stands at 265 to date and many birds that I should have gone and seen I just didn’t get round to, Grey Cheeked Thrush for one.

I must admit I do enjoy it and dare I say if I wasn’t so involved in London’s Peregrines, I would very likely twitch more but you simply can’t beat Raptors and in particular Peregrines can you?

Anyway back to Rainham and my 2nd visit, I added another 11 species on my usual walk round, no sign of the 2 White Fronts which seem to have moved on.
The year list now stands at 73 so proceeding nicely, the place is still water logged in a few places and wellies are essential.

I added Marsh Harrier to the list and half way round I saw a distant dot quite high going south over the river, a raptor but too distant and far off to ID, as is my habit I just about got a lock and blasted away with the camera, wrong settings but one shot came out.

As you can see below the build is slight and Harrier like, slim wings with under wing barring which rules out Marsh Harrier which to me makes it very likely a Hen Harrier, the only thing which I found odd is a lack of a white rump although this is probably the angle.

I know the photo is crap and my usual dot but one I have darkened up and just about shows the barring. 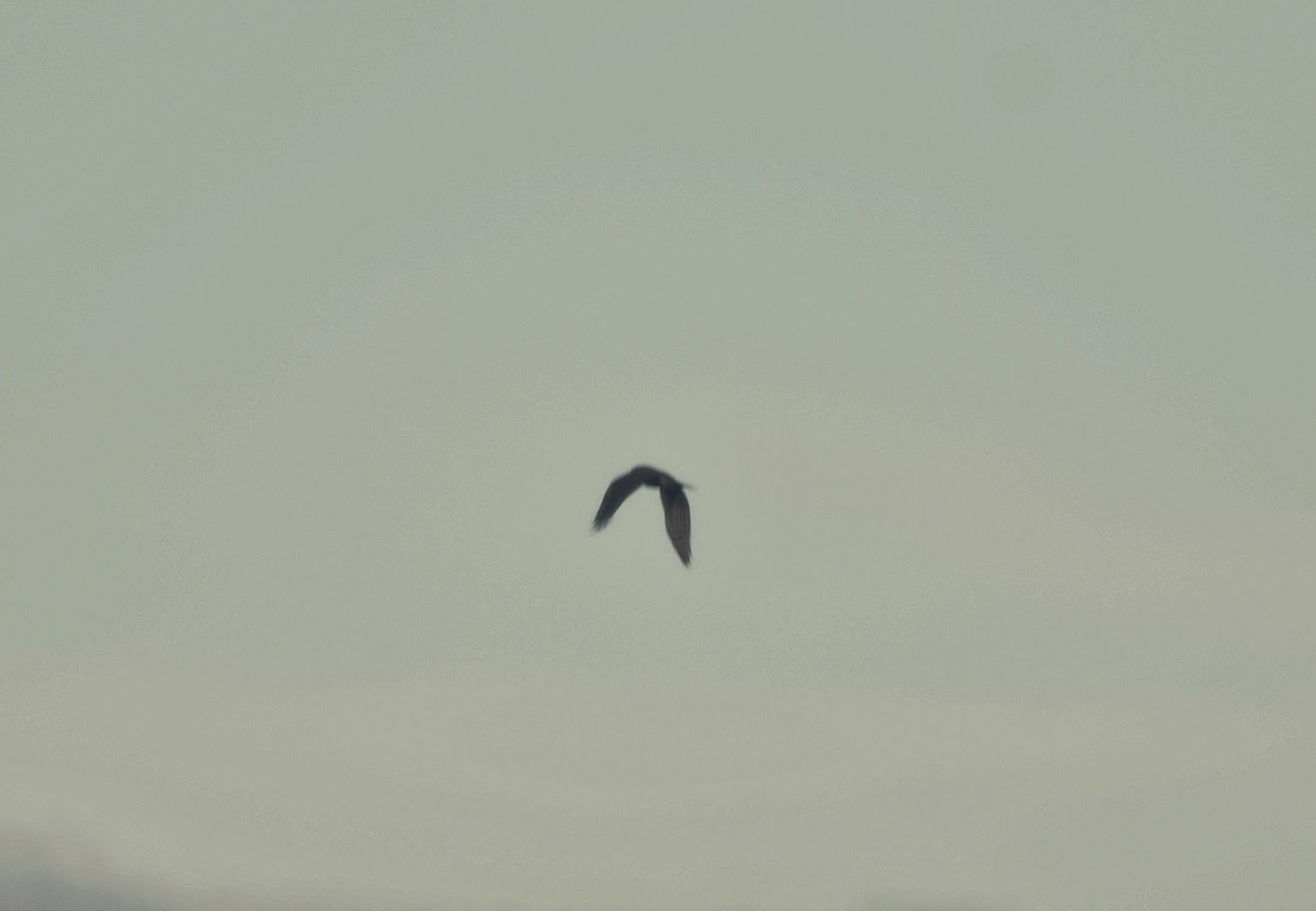 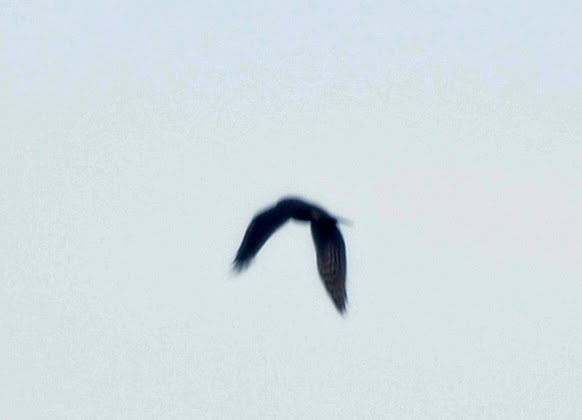